Five Things You Need To Know About Emergency Declarations

Over the past several months, California has received a lot of rain. In many areas of the state, the record rainfall and snow pack totals are enough to lift them out of drought status.

At the same time, many areas in Northern California also saw a slew of emergency declarations pass by county and city governments in regards to damage caused by storms over the course of several weeks. One of the most notable emergency declarations to pass was the one at Oroville Dam, which led to the evacuation of people in three different counties, as officials feared a catastrophic failure of the emergency spillway.

Fortunately, California has survived this tumultuous storm season. Now that spring is officially upon us, many of the emergency declaration projects are underway. Here are five things you need to know about Pubic Contract Code Section 22050, Emergency Contracting Procedures:

Occasionally, agencies try to sneak in additional work that has nothing to do with the actual emergency in order to avoid competitively bidding the work per the Pubic Contract Code. Should you ever have a question about emergency declarations, or a concern about a specific emergency declaration, please contact the CIFAC compliance manager in your area. 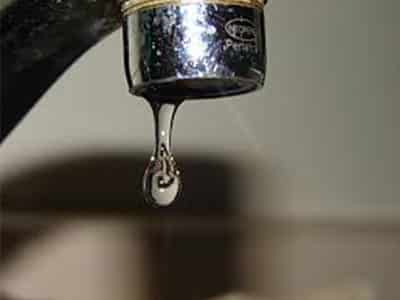 Anyone who works within the public works construction industry knows the importance of the contractor licensing laws in California. Our State has some of the strictest rules in the nation, sometimes causing confusion and headaches while navigating through the bid and award process.

Although the annoyance factor is understandable, did you know that these laws might also be used to your advantage in certain circumstances.

Before we delve into how they may be used, let me quickly summarize the reasons behind them. Per State law, anyone in California who contracts to perform work on a project that is valued at $500 or more, including labor and material, must hold a current, valid license from the Contractors State License Board (CSLB). The CSLB provides licensure in contractor classifications (A) General Engineering Contractors, (B) General Building Contractors and (C) Specialty Contractors. The purpose of the law is to protect the public from incompetence, negligence and dishonesty in those who provide construction services and to safeguard the public against unskilled workmanship and deception.

With this knowledge, let us move on. Agencies are responsible for specifying the classification of contractor’s license required to perform work on a specific public project in their bid solicitations and ensure only appropriately licensed contractors are awarded the construction contract.

It is important to note that the scope of work required no engineering or specialty work that typically would be performed by an A licensed contractor. The contractor was working outside of their classification, which subjected them to penalties imposed by the Contractors State License Board. The agency failed to do due diligence during the review of bids, as the licensing error should have been caught with the contractor being deemed non-responsive. In this case, I met with the agency staff to report the violation and request that all work stop immediately, with the project going to a rebid.

Among the obvious, I explained that the A licensure was afforded a bidder’s advantage as no other A licensed contractor was allowed to bid the work. A level playing field is crucial in our industry. If you are a contractor, I am sure this scenario would anger you if your work were taken away by another contractor who cannot legally perform it. If you are an agency, you want to ensure that the contracting party has the knowledge, experience and expertise to perform your project correctly.

I hope that you can now put two and two together. For contractors and industry agents, when reviewing bid results, make sure you check the license classifications of the low bid contractors who submitted bids and the subcontractors listed for each portion of work. If you see a discrepancy in the licensing of other bidders, you should bring that to the attention of the agency and the CSLB. It may benefit you if your firm is awarded the contract!

If you are wondering what the outcome was with the agency that awarded the contract to the A contractor; they agreed to stop the work and rebid the contract. The contractor was reported to the CSLB, who is currently reviewing the case. The end result is that $600,000 worth of work will be available for appropriately licensed contractors!

Bridging the Gap Without the App

For the first time in history our workforce is comprised of five different generations. The three main groups are Baby Boomers born 1946-1964, Generation X born 1965-1980, and Generation Y born between 1981-1995. Add in some of the Traditional generation born before 1945 and the now emerging Linkster’s born after 1995, and the question arises… how do we merge the generations in the workplace and create a cohesive team environment?

Recently this topic came up while talking with “Steve”, a forty-five-year member of our industry. I was telling him about CIFAC’s new Contract Compliance software that gives us Compliance Managers the ability to create and track our investigations, upload photos, write letters and reports. Essentially, we can work from anywhere! He then reminisced about rotary phones, electric typewriters; carbon paper and Xerox reproduction machines the size of a double deep freezer! Tenured employees were of the culture that communication was done through regular meetings, letters, formal memos, and phone calls. In summary, he said, “Boomers had to learn things the hard way. In addition, they had to memorize what they learned. Generation X, Y rely on the internet to get information. However, the internet has just information; it does not tell you how to communicate. Communication is rational”. Fast forward to cellphones, computers, tablets, and the like, that provide us with the ability to take our office on location rather than shuttling between the two.

While merging technology with tradition and experience, we can bridge the gap and complement each generation by striving to create a diverse team. Utilizing the strengths of all can build strong relationships. In their book Generations, Inc. Meagan and Larry Johnson write about a common practice among Japanese companies where they pair a seasoned mentor “Sempai” with a younger mentee “Kohai”. In addition to the Sempai’s managerial duties, his/her job is to help the Kohai succeed in all areas to include technical and operational questions and organizational politics. The book reminds us to capture Boomers knowledge so all is not lost when retirement calls. On the other end of the spectrum, Generation Y appears to seek balance, not necessarily a nine-to-five workday, but setting their own hours. They understand technology is rapidly changing and they are very interested in continual skill development. They want to contribute right away and stability comes from the ability to balance work and life goals, opportunities for learning and belief that they are supporting company goals.

The one size fits all approach doesn’t work, to manage effectively means we must adjust and be flexible. To sum it up… “Life is rather like a tin of sardines-we’re all of us looking for the key”
-Alan Bennett, British author, actor, humorist, and playwright