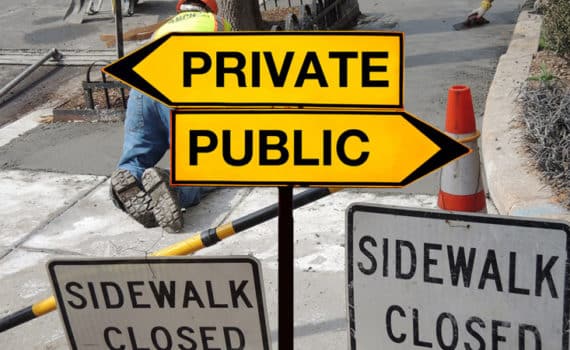 There appears to be much confusion surrounding public project definitions. CIFAC Compliance Managers often hear “the Labor Commissioner made a decision that this is a public project so why didn’t it bid”. The Labor Code (LC) finds that most projects with more than a dollar of public money is classified as a public project with minimal exceptions.

The Labor Code, which outlines the requirements for the payment of prevailing wages defines a public project as the “construction, alteration, demolition, installation, or repair work done under contract and paid for in whole or in part out of public funds” and includes the design and pre-construction phases of work.

Just because a construction project is funded through public funds does not mean that the Public Contract Code (PCC) applies.

The PCC definition varies depending on the type of agency. There are over 100 different types of agencies listed, including state agencies like Caltrans and local agencies such as cities, counties and school districts. There are some basic factors that indicate a project may be subject to the PCC such as if the public agency is handling the procurement of contractors on a project, whether the funds are public or private, the classification of work involved and the cost value of the work.

Private non-profit organizations, associations or joint powers authorities are not required to follow the Public Contract Code although their funding is commonly public money.

If you have any questions about the applicability of the PCC or are concerned about a project in your area, please contact CIFAC. 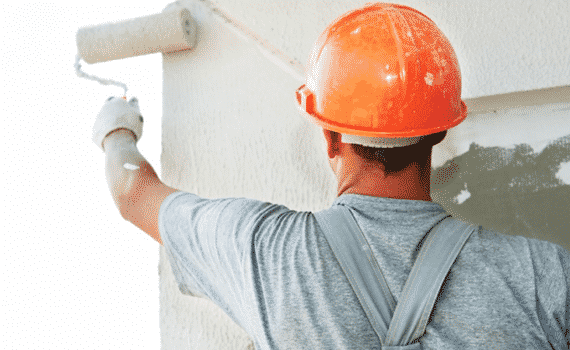 Here at CIFAC one of the ways Regional Compliance Managers monitor state and local government agencies, is by reviewing city agendas looking for any items that may be out of compliance with the Public Contract Code. I was recently sent notification of a City in my region advertising a Request for Proposal (RFP) for “on call painting services.” The three-year contract was described as maintenance work to preserve city owned facilities. Determining “maintenance” as distinguished from “new construction” is not a black and white decision, but rather a gray area. The Public Contract Code states maintenance work and new construction is:

With this in mind, I will continue to monitor upcoming city agendas for clarification on the project. CIFAC can be a resource for the contractors, as well as cities explaining Public Contract Code requirements, fair bidding, and transparency. 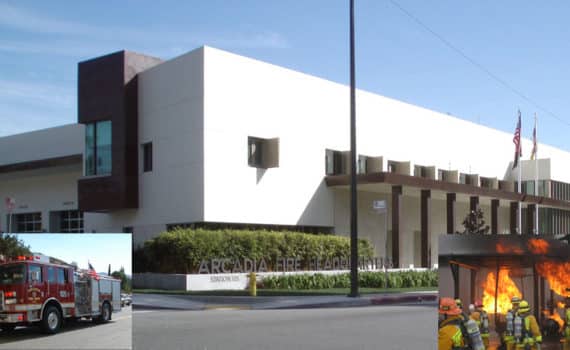 During the second week of January, 2018, I noticed that the City of Arcadia was intending to award a $223,939 contract for their Fire Station No. 105 roof restoration project to a Southern California roofing contractor.

Upon additional research, I determined that this was being procured through the U.S. Communities Government Purchasing Alliances Cooperative Purchasing Program or National Joint Powers Agreement (NJPA) with the bidding and awarding process being handled by U.S. Communities. (The use of NJPA’s or Cooperative Agency Purchasing agreements are totally legal per the State of California’s Government Code Sections; 6500 and 6502)

Arcadia’s Staff report listed four Southern California roofing contractors who through U.S. Communities JPA, bid on this project with bids ranging from $223,939 to $446,594. Unable to find any local source for the advertising of this project, including the City’s own website, I wondered how or if the advertising and awarding process had even been properly conducted? That started my investigation to acquire more information from the City to verify that the advertising and awarding process was being followed as required.

Sending the City a formal request for information, (knowing that Arcadia is a Charter City and as such can determine their own Charter/Municipal Code policy’s concerning contracting) I asked anyway for information concerning the advertising and awarding process on this project and additionally requested that they please table the awarding of this contract until the City was able to respond to my concerns. The City replied that they would table the awarding of the contract out of an abundance of caution until they could look into CIFAC’s concerns and would get back to me.

“The City of Arcadia’s Staff and Attorney have reviewed CIFAC’s concerns and believes CIFAC’s allegations are without merit.

As CIFAC may be aware, the City of Arcadia is a charter city generally subject to its charter, municipal code and other applicable laws. The procurement for the project is to be completed pursuant to the U.S. Communities cooperative procurement program.

In addition to the City’s authority to enter into JPA type cooperative agreements, City staff also diligently reviews and analyzes all proposed procurements, including this one. In this case, City staff also required the vendor to document multiple subcontractor pricing for installers to further verify the competitive pricing and savings to the City.

Based on due diligence completed by City staff, the City has determined that the proposed cooperative purchasing arrangement to be used for the project is the most economical and efficient method for procuring the project materials/services. Accordingly, City staff has also determined that there is no competitive advantage to be gained by further and/or additional competitive bidding of the project in light of these facts. Therefore based on all of the above reasons, the City is satisfied that it may lawfully proceed with the cooperative procurement contemplated for the project.”

End of story? I thought so, but on May 10th, I’m looking at Arcadia’s May 15th City Council Agenda items, when I’m suddenly transported back into the Twilight Zone! Low an behold, I see an agenda item seeking approval from the City Council to award a contract for the City’s Fire Station No.105 Roof restoration project to a different contractor in the amount of $107,553.00. Apparently the City had second thoughts and decided to re-evaluate the costs for this project. The City recently approved and purchased the specified roofing materials to be delivered directly for $74,488 and then put out a notice inviting bids for the installation portion of the project. Four bidders submitted bids, with the project being awarded to a local area contractor for $107,553. Total project cost this time around… $182,021 vs. $223,939. A cost savings to the City and its Citizens of $41,917!

That being said, I can’t help but wonder if my original inquiry helped to plant the seeds of doubt about the actual savings the City believed they were going to gain by utilizing the National JPA Cooperative Purchasing Program? I don’t believe in coincidence, but rather choose to believe that CIFAC’s inquiry ultimately affected a positive outcome for all concerned.

Oh and one final note, I reached out by email to Arcadia’s Public Works Director to thank him for competitively bidding out the contracting portion themselves and congratulate him on the cost savings for this project.  Yep… you guessed it, no reply!