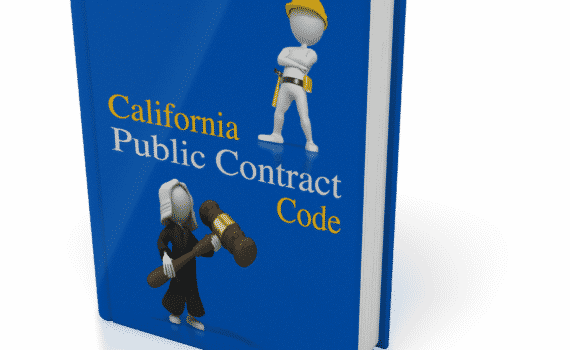 Among the many lessons taught to us in Sacramento is that it is one thing to pass a bill into law, and quite another to make sure that somebody enforces that law.

We got to be “somebody” in the case of Assembly Bill 720 (2011), known as the Road Commissioner Act. AB 720 was a bill that CIFAC and our member firms and associations pushed to end the practice of almost unlimited construction under the 19th Century Public Contract Code rules for counties. We had to come back to the legislature in 2015 to provide a few amendments, mostly agreed to by both sides of the issue, after the real world showed some areas in the process could be improved.

The way Public Contract Code Chapter 630 (that’s where the bill ended up) works is that counties who are a signatory to the California Uniform Public Construction Cost Accounting Act (CUCCAA) may informally bid new construction projects of $45,000 up to $174,999. All projects valued at $175,000 or more shall (must be) put out to formal bidding procedures.

Because these counties would be required to limit their force account road work to the numbers found in the prior year’s State Controller’s Annual Streets and Roads Report, it hamstrings their current activities and limits any growth. For instance, if a county did very little road work by force account that did not involve maintenance the prior year, but in the current year faces a situation that requires a large amount of road reconstruction, then that county would be limited to 30 percent of that lower amount from the prior year regardless of the circumstance.

Determining that 30 percent limitation is where CIFAC enforcement comes in. We use what is reported by the State Controller’s office to calculate the 30 percent cap for the coming fiscal. We do the research, and we keep an eye on the counties who have stayed away from CUCCAA guidance.

CIFAC does this annually when the Controller’s Report becomes available. Once a Road Commissioner project is declared, a signatory county may not subtract the value of designated categories or cost elements on that project to stay below their 30 percent threshold for any given year. In plain English, that means you cannot pick a project apart to stay under the cap once it’s declared.

So, CIFAC is doing what was set up to do—protect the interests of private construction companies and their employees—and that means getting a bill passed and then helping to enforce it.

This site uses Akismet to reduce spam. Learn how your comment data is processed.